I wanted to let everyone know that after 6 years on Live Journal, I have decided to retire this blog. I only have so much time to devote to my online endeavors, and I have some other non-Buffy related blogs and fan fiction I want to devote more of my time to.

I by no means am leaving the Buffy fandom - I'll still be around, reading fic and checking things out - I just won't be updating this blog anymore, though it will remain online and active so I can continue to follow my favorite authors and journals.

Texts From Hanson 2 - Texts From Last Night paired with pictures of the band Hanson.

You can also find me on Facebook, of course.

I have really enjoyed my time on LiveJournal. I've met some amazing people on here. You've all welcomed me into the fandom with open arms, and for that that I am forever grateful. I have been consistantly amazed by the amazing content this fandom has and continues to produce. The Buffy fandom will always have a special place in my heart.

Keep in touch! And who knows, maybe I will be back.

So, I've emerged briefly out of the woodwork to discuss this latest development: 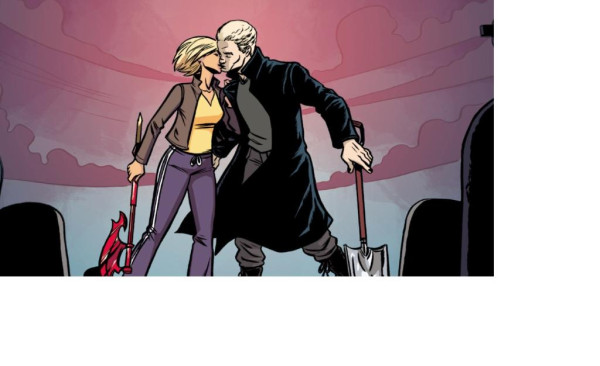 I saw this posted on Slayalive and admittedly almost choked on my coffee. First, I wouldn't allow myself to get too excited - I figured Buffy was under spell, or it was a flash back, or a dream. But after I looked into it, and understood the context, I learned that yes, Buffy has indeed kissed Spike while in her own mind.

Honestly? I'm elated. This feeds my Spuffy fire, it assures me that what I believed all along is still true: Buffy still has feelings for Spike. Buffy still wants Spike. Mostly importantly, Buffy doesn't want Spike to move on. This kiss - not a badly judged impulse based on loneliness or lust - was a plea. By kissing him, Buffy was telling him that she still loves him.

Buffy is asking Spike to stay...again. Last time, she told him with her words, but this time she is telling him with her actions.

This is BIG, guys.

A friend reminded me that last time Buffy launched herself at Spike it didn't end well. True. But who says her motivations are the same this time around?

And what about Spike, you say? Why should he continue to wait around for her to figure out what she wants? And you know what? I do, in some way, I do want Spike to move on. I do. But I do not know if I believe him when he says he no longer loves her.

Now what do we do? We wait. What will Spike do? How will he handle this? Where do we go from here?

For whatever reason, as I sat back to digest this event, I was reminded of the first time Spike and Buffy fought, in the high school:

Spike: It won't hurt a bit.
Buffy: It's gonna hurt a lot.

Spike was wrong, and Buffy was right, no argument there - but the beauty of that is at that time the two had no way of knowing...but they knew anyway, didn't they? Somehow. They knew that something had shifted; their meeting was fate, pre-ordained, It did, it still does, hurt a lot. Spike will always love Buffy, and Buffy will always be afraid to love him back.

Maybe something has shifted again.

It looks like Nicky Brendon is in some trouble again.

BOISE -- Actor Nicholas Brendon, best known for his role in Buffy the Vampire Slayer, was arrested in Boise just before 11:00 p.m. Friday night. According to the Tree City Comic Con website, he was scheduled to attend the event at Expo Idaho on Friday.

According to Boise Police, they were called to a disturbance in the lobby of a downtown Boise hotel at 9:30 p.m.. Police did not say which hotel the incident occurred. Police say the disturbance involved 43-year-old Brendon and staff at the hotel.

Officers say Brendon showed signs of intoxication. Police say he also refused their commands to stay seated while officers were trying to speak with witnesses. Brendon then reportedly tried to walk away and that's when officers took him into custody.

Currently, Brendon is being charged with two misdemeanors, including malicious injury to property and resisting or obstructing officers. Police are still investigating this case and they say additional charges are possible. Boise Police add that the incident report from officers is on its way to the Ada County Prosecutor's Office for review.

Brendon has since bonded out of jail.

While it's unknown if Brendon attended the first night of the Tree City Comic Con event, it's reported that he made an appearance on Saturday. According to his Twitter account, the actor still intended on hosting a Q & A session around 7 p.m. There were also multiple reports on KTVB's Facebook page from people who were at the event saying they ran into the actor, even taking pictures with him. Stephanie Ayling Thompson posted, "He's here today and an absolute doll."

Here is his mugshot: 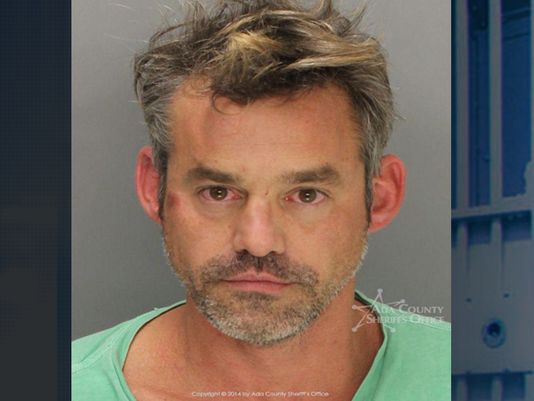 Poor Nick. Personally, I think he needs to get some help. He looks awful.

Usually those words end a message like this but I am beginning with them to emphasize how much I regret disappointing my family, my fans, and myself. I can offer an explanation but I make no excuse for my unacceptable behavior.

For the past 5 days, I have been taking prescription pain medication to help me manage a cyst behind my knee cap, which is scheduled for corrective surgery on Monday morning. I made the poor decision to mix this prescribed medication with alcohol. The result was embarrassing and unacceptable.

I intend to seek appropriate treatment and therapy for my medical ailments as well as my emotional demons.

Again: I apologize. Those two small words don’t begin to express my regrets, but they do mark the beginning of my recovery. During this difficult time, I appreciate understanding as I pursue rehabilitation -- and I value support as I earn redemption with my family, friends, and fans.


I say it again: poor guy. I'm glad he's getting the help he needs. Admitting you have a problem is the first step to recovery.

Another "interesting facts" post has popped up on Buzzfeed about Buffy. As expected, I'd heard most of these already, except I did learn that:

Britney Spears was set to play the AprilBot, but her schedule would not allow it. Please tell me I'm not the only person who thinks this would have been amazing?

David Boreanez was offered the role of Batman in Nolan's remake...and turned it down. Man, I bet he regrets that now.

And perhaps the most surprising of them all: Eliza Dushku grew up Mormon? Huh.

"I truly hate myself. It's the reason why I always go back to you, Christian, is you hate me the best." 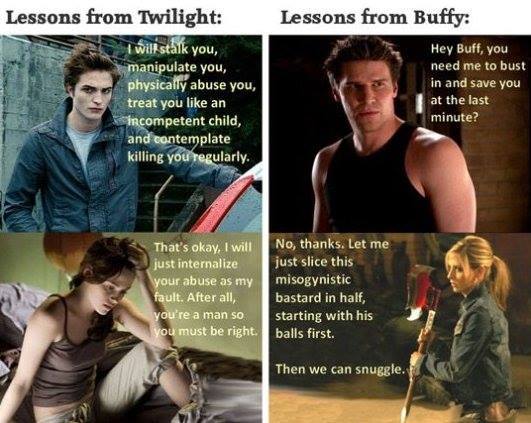 Buzzfeed posted a list of "Most Depressingly Realistic Lessons" on Buffy the Vampire Slayer and it got me thinking. The author, while discussing the most "depressing" aspects of the show says, "Buffy is essentially a bildungsroman, a coming of age tale. At its core, it’s not about vampires or demons."

Yep. We know this, but it's worth re-iterating because there hasn't been a show since that has done this as well. What was so genius about Buffy - and what made it so easy to relate to - was how real it was to life, the vampires weren't literal, really - they were metaphors for the horrors of life. Every time Buffy slayed a vampire, she was destroying her own personal demons.

But then there was Truth-Sayer Spike, (ironically, the one whom Buffy was most drawn to when she was depressed) who always told Buffy the harsh truth, even when she didn't want to hear it.

Spike: We just keep coming. But you can kill a hundred, a thousand, a thousand thousand and the armies of Hell besides, and all we need... is for one of us, just one, sooner or later, to have the thing we're all hoping for.

Buffy: And that would be what?

Spike was right, of course: No matter how many vamps Buffy slayed, there would always be more, each one capable of killing her, despite all her strength. She could never win. Despite that reality, Buffy has never given up. That is how she fights the injustices of life.

Perhaps the lesson of Buffy was learning not to kill your demons - but to learn to live with them. If so, that's pretty darn good advice we could all benefit from.

We can't avoid bad things from happening, but we can learn to deal with them with grace - like Buffy did.

Of all the choices in this list, #1 is the best: Joyce's death did leave Buffy - our strong, capable, Buffy helpless. And that vulnerability, that imperfection was what, in addition to everything else, made her so real and relatable to us. Buffy couldn't save her mother. And that, perhaps, is the saddest thing Buffy ever had to endure, the reality that she was not all-powerful...that she was human, too.

Buffy's flaws don't prove she's not a hero, in fact, they prove what a hero she is. 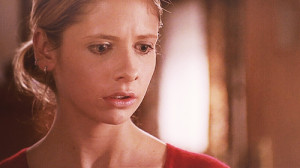 You can click though here to see what they chose as the most depressing moments.

Thoughts? What, for you, was the most depressing thing about BtVS? Were to able to relate to the show or its characters better as a result of it? 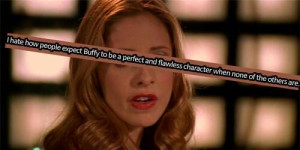